As the administrator of the Overnight Bank Funding Rate (OBFR), the New York Fed is proposing a change in the composition of the rate, and is providing details of this change for public comment.

Effective October 1, 2018, the FR 2420 Report of Selected Money Market Rates, which supplies the data that is used in constructing the Effective Federal Funds Rate (EFFR) and the Overnight Bank Funding Rate(OBFR), was broadened to include an additional segment of the market for unsecured bank funding transactions, referred to as “Selected Deposits”. These transactions are short-term, wholesale unsecured deposits that are held at domestic branches of banks, and are economically equivalent to Eurodollars. Beginning in June 2016, some non-U.S. banks shifted Eurodollar borrowing from their Caribbean branches into their U.S. branches and, as a result, these transactions fell outside the scope of the FR 2420 report. This development diminished the Federal Reserve’s range of visibility into the wholesale funding market, and thus reduced the robustness of the data used in calculating the OBFR. The addition of selected deposits into the FR 2420 report was intended to bring back insight into Eurodollar-equivalent activity that had previously been lost from the report and to increase transparency into overnight unsecured borrowing activity more generally.

After analyzing the data, the New York Fed is now proposing to incorporate overnight selected deposit transactions into the OBFR, reintegrating transactions that had previously been within the scope of the calculation while bolstering the reference rate with additional activity that is economically equivalent to Eurodollar activity. Broadening the transaction base of the OBFR in this manner should achieve a more robust measure of overnight unsecured funding activity. The New York Fed proposes leaving all other aspects of the OBFR calculation unchanged.

As seen in the first Figure below, the inclusion of selected deposit data into the OBFR would not have resulted in material differences in the rate when compared to the published OBFR from October 1, 2018 to January 25, 2019. Transaction volume of selected deposit data averaged nearly $60 billion per day over this period, while the distribution of rates on these transactions was similar to the distribution of Eurodollar trades over this period. 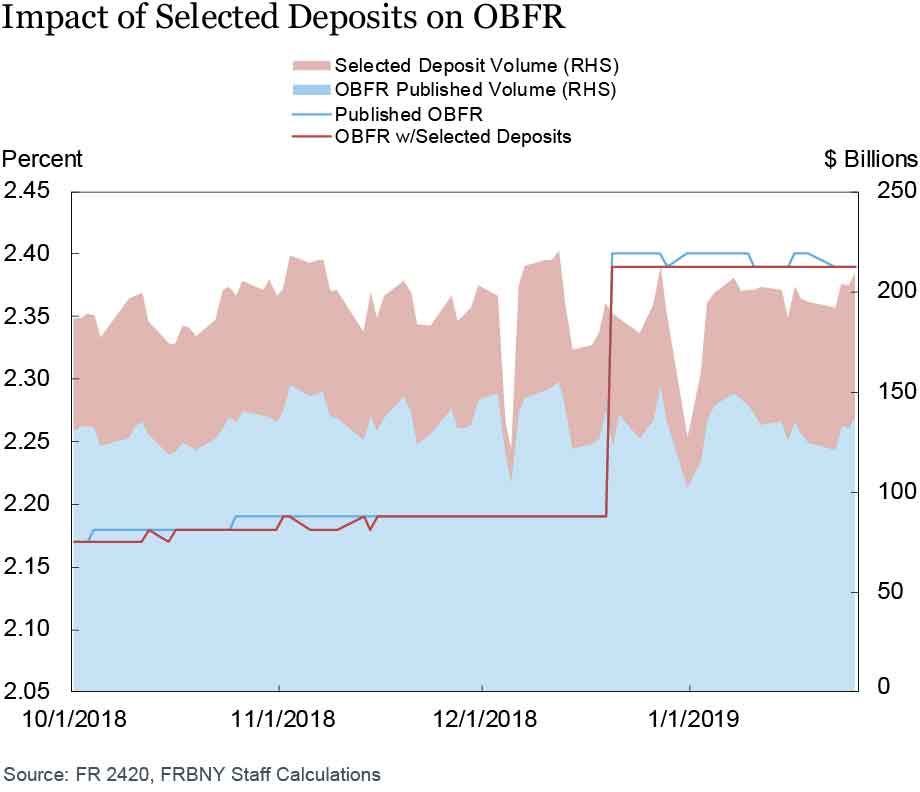 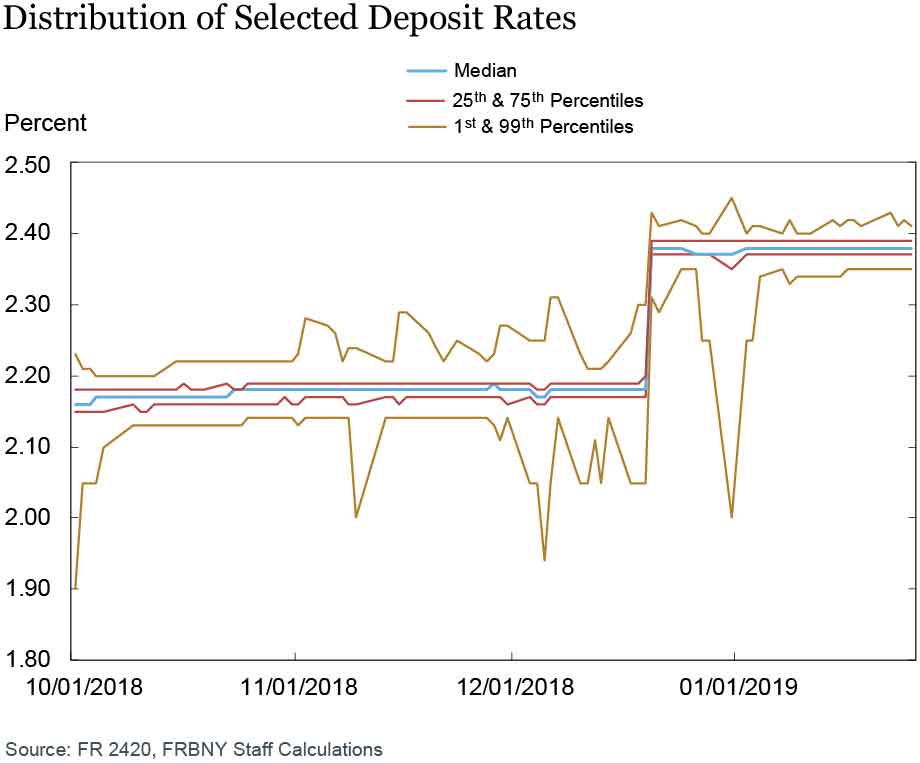 Data underlying the above Figures, along with additional summary statistics describing the distribution of selected deposit data, are available for download here.