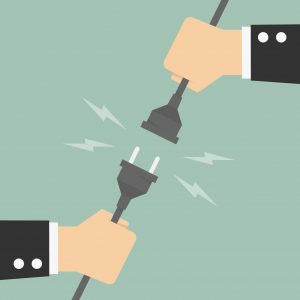 The Fed raised rates yesterday to a 50-75 bps band in a long expected move, although this was the first rate of the year after earlier expectations of several raises in 2016. For securities finance, the move away from 0 or negative interest rates is a welcome change. Here’s what we can expect to happen as rates move up.

The harder to borrow the security, the greater the rebate or spread for cash collateral. If a moderately hard to borrow security has a 50 bp rebate rate, the interest rate needs to be higher for the hedge fund to receive back interest on their cash and not have to pay interest.

There is a huge psychological factor at play when the rebate rate on a securities borrow against cash goes negative. When interest rates were at 5%, no one cared whether GC was at 10 bps or 25 bps – there was still plenty of return on cash. When rates go to 0 though, and prime brokerage clients are told that they now have to pay, then the fight is on for every basis point. There is also no room at all for agent lenders to eke out more profits for their clients. Hard to borrow securities can still command a premium, but even so, a positive interest rate on cash, even at a healthy spread from the rate benchmark, means that hedge funds still get back something, which is better than paying something.

As rates rise, this gives securities lending participants more room to widen spreads in cash collateral transactions with hedge funds putting up fewer arguments about the interest paid on their cash – since at least that figure is positive. Wider spreads, even if only by a bp or three, can mean larger returns for credit intermediaries. Agent lenders can then have more room to charge slightly more and pay for the new balance sheet costs of indemnification. There is a knock-on effect for non-cash collateral too, since non-cash rates will be compared to cash rates. This might keep the market in check but more likely will just raise rates a bit for non-cash too.

On the cash collateral reinvestment side, higher rates mean higher returns without the assumption of extra risk. When US Treasury overnight repo was going for 5 bps, that was miserable. But a Reverse Repo Facility at 50 bps or bank tri-party repo at 60 gets interesting. Investors lending securities and their agent lenders will both benefit, not to mention cash managers who may see more assets coming in due to increased market activity.

A similar situation can happen in repo, where rates can go negative without much provocation in a low rate environment. ICMA has a good write up on what happens in this case: “Negative repo rates can happen when a particular collateral asset is subject to exceptional borrowing demand and/or reduced supply in the repo market. In order to borrow these assets, buyers [cash lenders] have to tempt sellers [cash borrowers] with cheap cash.” But really, how much do lenders want to lend if they have to pay interest to borrowers or get effectively no return? Not much.

Of course the rate rise thus far is only in the US: the European Central Bank’s interest rate is 0%, as is Japan. Sweden is at -0.5% and Switzerland at -0.75%. For securities loans against cash collateral and for repo, which is always against cash, these are punishing figures that limit the amount of business that market participants can conduct.
A return to higher interest rates first in the US, then ultimately around the world, will be welcome relief to the securities finance industry. It might take some time, but this is an important step towards greater financial health for this section of the market.

New research on dollar funding shows Japanese banks pay a 3bp premium on repo – what’s going on here?
27 Mar 2018
No Comments
How much is term repo in US markets really worth? (Premium)
7 Sep 2016
No Comments
Fed continues to believe in IOER as-is; we think it is time for a serious policy review
3 Dec 2012
No Comments