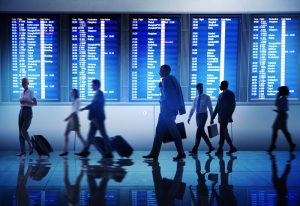 Trump will be the next US President. The Republicans will continue to control the Senate and the House of Representatives. Parts of Dodd-Frank and other financial regulation are certain to be repealed. Hold on to your seats.

Just when US financial markets were getting used to Dodd-Frank, the Supplementary Leverage Ratio and money market reform, the election has turned all that on its head. The next year will be marked by more upheaval as Republicans undo major portions of financial regulation enacted in the last eight years.
The main regulatory move will be the Financial Creating Hope and Opportunity for Investors, Consumers and Entrepreneurs Act (Financial CHOICE Act). The biggest impact to financial markets would be a repeal of Dodd-Frank Title VII (all the derivatives rules), a reduction in the use of risk-based metrics for bank risk management, and a possible Leverage Ratio of 10%. That’s a heck of a trade with a very untested and uncertain outcome. According to the Act’s website, it would “Provide an ‘off-ramp’ from the post-Dodd-Frank supervisory regime and Basel III capital and liquidity standards for banking organizations that choose to maintain high levels of capital. Any banking organization that makes a qualifying capital election but fails to maintain the specified non-risk weighted leverage ratio will lose its regulatory relief.”
We also expect that other regulation will be closely reviewed. One possible target will be SEC money market reform, which has already resulted in hundreds of billions moving out of prime funds to government only funds, decreasing liquidity in non-government funding markets and damaging benchmarks like the Overnight Benchmark Funding Rate.
A US Financial Transactions Tax is dead on arrival. ‘Nuff said.
Will repeal of major regulations be good or bad for the markets, and for financial stability? We already learned during Bill Clinton’s presidency that financial deregulation created a frothy markets environment that led to the Global Financial Crisis. The hard swing back of the pendulum towards risk reduction resulted in Dodd-Frank, EMIR, Basel III and now possibly Basel IV. Now elected officials are moving back the other way. As appointed officials at the FDIC, Office of the Comptroller of the Currency and US Treasury move back to Republican control, we expect that these actors will support deregulation, at least from the current heavy-handed Dodd-Frank standards.
The independence of the Federal Reserve may make it an outlier in preserving the current model, and certainly Fed officials have taken a globally more restrictive view of risk reduction compared to European or Asian regulators. In the new Republican era, the Fed might actually turn out to be a major global holdout on financial regulation towards the conservative side unless they are pre-empted by a Republican Congress making their own rules.
The next year will be marked by an increase in uncertainty regarding financial regulation. Uncertainty is never helpful, but the end result of deregulation will be more active financial market activity. If the ten European nations in discussion enact a FTT, then the US (and London) will benefit as well. The warning of all this new deregulatory action barely needs to be said: even with deregulation, the right balance needs to be found between global risk management and free-wheeling markets.

Previous Post
LCH clears over $1 trillion in inflation swaps notional
Next Post
Do the Fed's proposed repo rates make sense for practical use as a benchmark? (Premium)

US House is told that repo markets are in trouble; NSFR should be dumped; regs should be overhauled
13 Dec 2016
No Comments
Singapore’s Variable Capital Company plan is a tax play worth watching (Premium)
2 Jul 2020
No Comments
FISL Europe: IHS Markit on a quantifiable risk overlay for measuring securities lending performance
28 Aug 2019
No Comments