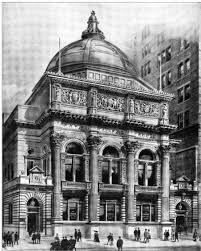 What if there was a centrally cleared facility through a US Central Securities Depository (CSD) that would automatically allow a broker with excess availability to lend securities to another broker with a need for those securities? What if that facility was fully automated and ensured each party was wholly collateralized every business day, and which substantially eliminated problems like Rule 204 fails?

What if the CSD was also a central counterparty (CCP) to the transaction, intermediating credit risk between the parties, providing substantial credit and capital relief for both the borrower and the lender? What if there was no rebate/fee charged to either party, and the only hard cost of the facility was in the transaction fees? This sounds like an ideal utility, particularly for all that high-quality, low-value general collateral laying around at broker dealers just waiting for some useful purpose to be found for it. Regulators would love it.
Though it may now be forgotten, it is a facility that existed for generations, and which after a long, lingering death was finally put to rest in March of 2014. It was the NSCC (now DTCC) Stock Borrow Program. As an industry, we are currently engaged in a deep, far-reaching search for increasingly complex and costly solutions to the “new” problems we now face – problems introduced by changing regulation, changing economics in our business, and changing industry dynamics. Some of those solutions may already exist – the NSCC Stock Borrow program could very well be one of those. Let’s take a look at what the program was, why it was created in the first place, and why it ultimately died.
The program was created to augment and facilitate CNS settlement – and strongly modeled on the CNS process. Looked at today, it was remarkably simple and rudimentary – a product of the times. It was put into place in a time when stock borrowing at a broker dealer was simply a necessary evil, a derivative settlement complication that arose from CNS fails. Few if any firms had dedicated stock loan staff or systems, and few if any firms looked at stock loan as anything like a profit making business. Short coverage that could not be made through the firm’s own margin excess was often the problem of the short side investor, not his broker. It was time when short selling was the province of a very small and exclusive club of professional investors, who generally arranged their own financing directly from banks and other sources. (What we now call Arranged Financing, or Enhanced Leverage).
At the time, the NSCC program was ground breaking. It provided a seamless mechanism for a broker to provide short coverage for his customer without investing in systems or staff; and to provide access to cash financing for the lender at more favorable collateral margins (100% of market value rather than the traditional 70%) than available through bank loan. It drew on credit with the clearing house, for sure, but did not require any bilateral credit agreements or MSLA’s. It could be argued that the NSCC Stock Borrow program did as much as anything else in our industry to open up short side strategies to the broader universe of investors.
Of course, this very simplicity – and the fundamentally settlement-centric approach to the problem – was the reason the program became obsolete and redundant. As short financing became a profit center at the broker dealer, and cash rates exploded in the inflationary spiral of the 70’s and 80’s, stock loan became something far more than just a settlement complication. It became a massive revenue generator for both lender and borrower. Systems like SunGard’s (now FIS) Loanet and DML were built specifically to manage what had become a for-profit business. Professionals were engaged to maximize the heady returns. Rates became subject to negotiation based on relationships and competition for valuable balances. A CCP that provided neither negotiation or competition became quaint and passé. Only the least sophisticated still used the program, those players who couldn’t get in the real market. The big players who still used the program wound it down over time, using it only as a lender (or borrower) of last resort – for those positions that couldn’t either be loaned or borrowed bilaterally.
So where are we now? Cash is more expensive in capital costs than it is worth. Bilateral relationships are now about minimizing balance exposure. Regulators are pushing for CCPs to mitigate the bilateral exposure. Firms are spending millions coming up with programs to utilize GC without incurring capital or financing fees (Purpose for Purpose arrangements, for instance). GC settlement has become – once again – simply a settlement complication, a complication for which there is no cost effective solution.
Maybe it’s time to rethink a cost efficient, settlement-oriented process through a major CCP. Sounds like it could solve quite a number of problems very, very simply.