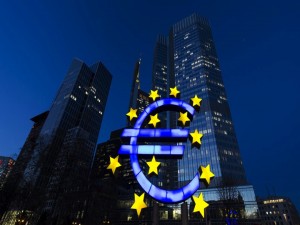 The European repo market is singing the QE blues.

Some recent articles have highlighted illiquidity in the European repo markets, a result of the ECB’s QE program.

“…Asset purchases provide monetary stimulus to the economy in a context where key ECB interest rates are at their lower bound. They further ease monetary and financial conditions, making access to finance cheaper for firms and households. This tends to support investment and consumption, and ultimately contributes to a return of inflation rates towards 2%…”

The repo market is reacting pretty much as one might anticipate. Paper is getting hard to borrow and liquidity is shallow. European central banks have put into place securities lending programs (or in the process of setting them up) so that repo desks can cover shorts. But if the U.S. experience is any guide, those programs will be used sparingly.

Euro-QE comes at a time when repo businesses globally are shrinking in response to capital and other regulatory constraints. It is hard to isolate each of those drivers, but suffice to say they all interact with each other and not in a positive way.

There are some important difference between the Fed and the ECB policies that impact how repo markets behave. The Fed made sure that U.S. rates had a zero floor. Sub-zero rates conjured up visions of people metaphorically stuffing cash into their mattresses and the Fed losing control on monetary policy. The ECB has had no such qualms. The ECB deposit rate stands at -20bp compared to the Fed’s IOER at 25bp. In February, Germany issued 5-year debt at negative rates for the first time (-8bp).

Europe is also burdened with more difficult politics. One only has to look at Greece to be reminded that not all European sovereign debt is created equally.

The European repo market is big – pegged around €5.5~6 trillion. According to the ICMA European Repo Council (ERC) surveys:

“…We are scared about the market freezing…”

“…Last week, ECB President Mario Draghi said the bank saw no evidence QE was creating a shortage of bonds, or that this might happen in the future…”

If the ECB program is taking out sovereign, asset-backed, and covered bonds, the bank repo books may be left financing the dregs. This shift of risk was also observed in U.S. repo businesses as banks went after anything with some spread left. With the politics of Grexit hanging over the European markets, now may not be the time to push to finance illiquid paper.

But de Vidts seems to be afraid about something more basic: the repo market losing its ability to facilitate cash markets liquidity. That would be a pity.