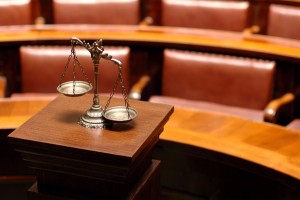 The Fed’s Tarullo: beefing up liquidity regulation wherever liquidity emerges

Federal Reserve Governor Daniel Tarullo gave a speech last week on liquidity regulation at The Clearing House 2014 Annual Conference. He laid out some pretty big themes, including the value of regulation, why Lenders of Last Resort (LOLR) matter and why the Federal Reserve was created to begin with. He also talked about recent actions in strengthening liquidity regulation in the financial system. His conclusions were that regulators are preparing to be broad-sweeping in their capture and regulation of financial market liquidity wherever it may occur.

To start, Tarullo recognizes that liquidity is an important and integral part of financial markets. The trade-off between liquidity and illiquidity is part of what gives financial assets their value and funds the real economy. The economy wants as free movement of cash as possible, whereas we know from past experience that this can be a setup for disaster in the broader financial system if assets are perceived to be suddenly less valuable, or if no firm is willing to make a buy or sell offer at a critical juncture. What’s the best way then to protect both economic funding and the financial system as a whole?

Following a theoretical discussion on the rationale for a Lender of Last Resort, which is to reduce “unusual liquidity strains associated with periods of financial stress,” not to prop up failing banks, Mr. Tarullo turns his attention towards the moral hazard of this situation. “The central bank will sometimes be asked to lend to a financial institution precisely because its creditors are pulling back out of concern that the institution may not be able to meet its obligations.” We’ve seen this movie.

The next part of the speech looks more closely at securities finance transactions, the NSFR, risk capital surcharges for G-SIBs and the LCR:

The conclusion of the speech gives a good idea about where the Fed is going with its thoughts on liquidity regulation.

While prudentially regulated dealers will continue to play a central role as intermediaries in short-term funding markets, post-crisis reforms directed at the regulated sector could lead to the disintermediation of regulated entities over time.

Tarullo is broadening the liquidity regulation scope to potentially include any firm that provides liquidity to financial markets in any form. Hedge funds, money market funds, Delta One desks, even basis traders in the futures and swaps market may be included in this commentary. Our first thought was to Direct Repo.

Financial, technological, and regulatory barriers to disintermediation of regulated financial firms could likely be overcome with time and sufficient economic incentive.

This is how financial markets innovate – better financial structures attract assets. If banks can’t provide liquidity then new market participants will find a way if there is demand. According to Tarullo, no matter where, regulators should capture and monitor these participants to prevent negative market-wide impacts.

Our analysis of the CME decision to launch derivatives on US Treasury repo rates (Premium)
31 Jul 2017
No Comments
Basel Committee says that as of June 2019, large banks were on track for Basel III
8 Apr 2020
No Comments
LCR, NSFR, HQLA? The technical reasons for why that FT article was off base
8 Dec 2015
No Comments