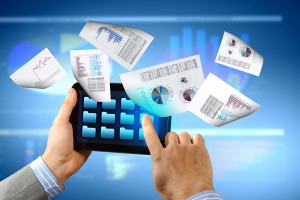 The FSB widens the net on minimum haircuts

The FSB issued “Strengthening Oversight and Regulation of Shadow Banking Regulatory framework for haircuts on non-centrally cleared securities financing transactions” (October 14, 2014). This is the follow up to the FSB’s publication “Strengthening Oversight and Regulation of Shadow Banking Policy Framework for Addressing Shadow Banking Risks in Securities Lending and Repos” (August 20, 2013). These proposals still seem fairly tame, although proposed haircuts have gone up and the scope has widened. Clearly the FSB has listened to the feedback from the market and filled in some of the holes in earlier versions.

To review, the mandated minimum haircuts apply only to non-centrally cleared securities financing trades on non-sovereign paper. According to the FSB’s quantitative study, this represents $729 billion in transactions from their sample.

The big changes are the inclusion of non-banks in the mix and higher haircuts than seen in the earlier report. In equities finance, these haircut changes could be meaningful.

“…To ensure showing banking activities are fully covered, to reduce the risk of regulatory arbitrage, and to maintain a level playing field, the FSB believes it is essential to expand the scope of its numerical haircut floors to cover securities financing transactions between non-banks or “non-bank-to-non-bank transactions”. In this regard, the FSB is now issuing a consultative proposal on the application of numerical haircut floors to cover non-bank-to-non-bank transactions backed by collateral other than government securities…”

“…the sample of non-banks, which included 15 entities with a total outstanding amount of repos of USD 220 billion, was deemed to be too small to draw firm conclusions for non-bank-to-non-bank transactions…” Compared to the original numbers:

The more recent quantitative analysis (QIS2) included margin lending and, as a result covered transactions went from being 9% of all non-centrally cleared transactions on collateral against non-government securities (that’s a mouthful…) to being 27% of the sample. This is a big jump. The other interesting thing is that 60% of the covered trades were versus main index equities and 75% of the counterparties were hedge funds. This is a strong indication of what kind of trades and who will be impacted by these rules.

The FSB proposed qualitative standards that include:

And takes into consideration:

The haircuts apply to individual trades and portfolios:

“…The numerical haircut floors are intended to apply both where haircuts are applied at the transaction level and where margin is applied at the portfolio level. In the case of portfolio margining, the margin applied should therefore be no lower than the weighted-average of the haircut floors that would be applied individually to the financing positions in the portfolio that are within the scope of this framework…”

And the FSB reserves the right (for national/regional regulators) to raise levels in the future:

This could create pro-cyclicality on the other side though. Higher haircuts imposed by regulators could push market participants into a liquidity crisis.

Securities lending trades seem to have gotten a pass.

“…The framework of numerical haircut floors is intended to apply to transactions where the primary motive is to provide financing, rather than to borrow or lend specific securities…”

But there are two caveats: 1.) for longer dated sec lending trades the cash reinvest must be done to the same or shorter maturity and 2.) for shorter dated trades, the cash is invested “…into a reinvestment fund or account subject to regulations or regulatory guidance meeting the minimum standards…” However the report noted that 99% cash collateral was in compliance with the minimum standards.

Another exemption from the rules includes bond-versus-bond collateral upgrade trades where the securities received as collateral could not be rehypothecated:

How to get the banks to comply?

“…For bank-to-non-bank transactions, the…BCBS should set significantly higher capital requirements for transactions with haircuts below the numerical haircut floors, with the goal of creating incentives for banks to set their collateral haircuts higher than the floors rather than to hold more capital…” as well as “…regulatory requirements for non-bank lenders in non-bank-to-non-bank transactions to comply with the numerical haircut floors…”

What about securities financing-like transactions? They are covering TRS. What about other structures like collateralized commercial paper?

“…Derivatives (e.g. total return swaps) can be used to achieve similar economic objectives as repo and securities lending transactions (and possibly via-versa). The FSB will thus also coordinate closely with the BCBS-IOSCO monitoring group on margin requirements for non-centrally cleared derivatives so as to minimize incentives to arbitrage any differences between the two regimes…”

The FSB is clearly zero’ing on their approach to mandated minimum haircuts. We wonder exactly how they will be able to mandate haircuts on non-bank-to-non-bank trades, but it looks like it is just a small piece of the puzzle. In a competitive world, minimum haircuts tend to become maximums. This comes as no surprise to the FSB. If the rules end up fixing haircuts at the minimums with banks relying on the regulators deciding when haircuts need to change, the exercise will have been for naught.

Links to our posts on the earlier FSB securities financing proposal can be found here, here, and here.