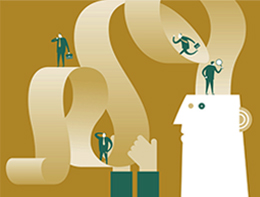 We attended IMN’s beneficial owners in securities lending conference last week in Phoenix, Arizona. The conference was well attended, with an estimated 60 beneficial owners present and some 200 vendors. There were some interesting things said along with some mis-cues. The biggest hanging question was: where is this event heading? Our review is below.

The crowd at the conference was upbeat: securities lending has returned from the gloom and doom and may have a bright future ahead of it. However, as one panelist noted, total revenues will be about flat with small beneficial owners dropping out and large ones collecting more of the pie. No agent lender was thinking to leave the market, a fact noted in a pointed question about how agents were reacting to a changing landscape.
Some choice quotes and observations:

Which leads us to the big hanging problem of IMN: what is this event for? It started out as purely a securities lending event, but with dwindling beneficial owner attendance, and in truth fewer US beneficial owners that are actively engaged in lending, IMN added on the collateral management title. But really, collateral management is a different audience and one that may not yet have enough of a buyer ecosystem in the US to warrant an event of its own (see: Fleming’s various efforts to launch a regular US collateral management conference that rivals their European event). Fewer beneficial owners combined with wondering panel topics at IMN means frustrated sponsors, which in turn means a question about the longevity of the conference in the current form. IMN holds the crown – this is their 22nd annual securities lending event – but the secret formula for success may need some new ingredients.

European roundup: some weighty news for the end of July (Premium)
1 Aug 2018
No Comments
How Fnality is advancing wholesale blockchain settlement (Premium)
20 Nov 2019
No Comments
Securities lending and collateral is hiring in client facing and front office roles (Premium)
28 Apr 2021
No Comments