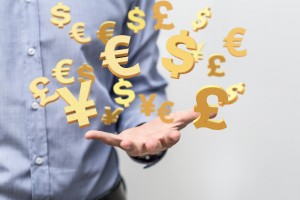 Are ETFs being neglected as good collateral? Markit thinks so.

There have been a handful of articles recently on ETFs, and in particular on the use of EFTs as collateral. Could ETFs become widely accepted as collateral in securities lending, repo and other collateralized transactions? The idea opens up interesting new avenues for ETF liquidity and utilization.

Behind the conversation is an article published by Markit on July 27th: “ETFs and the collateral conundrum”. Markit is wondering why ETFs that contain otherwise eligible assets for securities lenders are typically not accepted as collateral by the sec lenders. From the report:

“…While it makes no sense to argue that a triple inverse natural gas ETN meets the criteria for even the most accommodative of risk managers, the majority of ETF assets are physically backed funds that track the very assets that are currently in short supply in the collateral market…”

In a recent poll taken by Markit at their Securities Finance Forum in London:

Markit has established an ETF collateral initiative, creating lists of the securities behind ETFs; one for fixed income and another for equities. Users will be able to filter for eligible collateral. They say that of the $3 trillion in ETF assets, “….More than $516bn of ETFs efficiently track assets readily accepted as collateral…”

Two subsequent articles take a look at ETF liquidity, focused on the Markit proposal. “Why aren’t ETFs widely accepted as collateral?” by John Maher published on August 7th in ETFStrategy and “Markit on the growth of ETF collateral” in the August 13th The Trade.

In the ETFStrategy article, the author wrote:

“…There is a perception that ETF liquidity is low and this affects practitioners’ willingness to accept the assets as collateral. When assessing the liquidity of ETFs there are a number of considerations that need to be taken into account beyond the volume of shares traded on the exchange. Due to their unique creation and redemption process, ETF liquidity is directly tied to the underlying holdings, and this needs to be factored in when determining true ETF liquidity…”

“…Physically replicated ETFs are often linked to a diversified portfolio of stocks and bonds and a significant portion of these underlying assets are highly liquid. If liquidity and diversification tests gave greater attention to the underlying holdings, rather than assessing the asset as an individual holding, acceptance levels would be much higher…”

In the article in The Trade, two Markit employees discuss the reasons behind the initiative. One quote was particularly interesting:

“…What market participants are demanding increased use of ETFs as collateral?

AK [Anthony Kruger, ETF Product Specialist]: Demand is coming from both beneficial owners and asset managers. It is also from the broker-dealer community. In Europe market makers at the moment cannot make efficient use of ETFs in the repo market. They then may pass on that additional cost in their bid-ask spread. This could discourage investors because their total cost of ownership in getting into the product is higher than other products. So there is definitely a demand for the broker-dealers to post ETFs as collateral…”

We wonder if greater transparency about what is underlying an ETF will make EFTs repo friendly? Right now repo spreads are being driven wider by balance sheet constraints at the dealers along with increasingly conservative risk management. Doesn’t that have to change first?

Another article on EFTs appeared in the FT website Ignites Europe on August 18th “BlackRock pressured to reinstate stock lending cap” (sorry behind the pay wall) brings up an interesting point about securities lending and ETFs. The article describes Blackrock’s move to lift the 50% cap on how much of an ETF’s underlying collateral can be lent out.

“…Mr Seager-Scott says securities lending programmes in exchange traded products “adds complexity and counterparty risk in products that are meant to be simple and transparent”.

“…I don’t think many investors are aware of the full extent of securities lending that may be going on,” he adds…”

It begs the question: would a cash investor want to take in an ETF that in turn had some of its assets lent out? Will the cash investor be able to track their underlying assets? If not, it won’t be surprising if the push for accepting ETFs as collateral will be an uphill battle.

We review the OFR’s “A Map of Collateral Uses and Flows.” What is this paper telling us? (Premium)
31 May 2016
No Comments
How worried should we be about re-hypothecation? Notes on the FSB’s recent report and recommendations
30 Jan 2017
No Comments
The Next Evolution of Electronic Repo Trading for the Sell-side and Buy-side
19 Sep 2019
No Comments