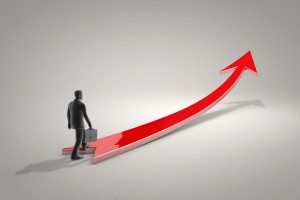 When external, and sometimes internal, vendors take a look at the optimization problem, they may not always recognize that silos are there for a reason, a panelist at a major global bank said. Vendors will see an optimization modelling solution. “When you analyze what it is they present to you as an optimization problem, you realize that the idea that they have is that we have these distribution centres of collateral – call them collateral management units, or collateral desks, or collateral trading desks or repo desks – and they need to provide collateral or take collateral from all these other nodes in the system,” he said
But some nodes act autonomously, like a tri-party agent. “You cannot 100% control whatever it is that they take unless you have a certain infrastructure set up which means you only deliver from a long box…. We know that is not going to be 100% optimal from a theoretical point of view, but for (some) business activity, it is much better that they… do some local optimization.”
It’s a major challenge when it comes to measuring success. Vendors will tout their success rates by stating that the firm could improve its optimal target by sometimes double digit percentage points when using their optimization engine’s recommended strategy. But such measurements can be misleading when theory meets practice. “If you show that to somebody higher up in the organization, who has less understanding of what happens, they will say: ‘Why are we not doing that?’ And that’s where it becomes difficult. Because the targets move. Once you get to understand one part of the business, something else has changed somewhere else,” he said.
Based on the trends he sees, it looks like harmonization is going to provide a major boost to fintech. “You will be quite safe in assuming that in the end state, you will have multiple providers of a very similar service to each other,” he said. “You are not likely to be stuck with one (vendor) if you are not happy with the service but at the same time, they are very likely to give you exactly what you need because otherwise the competition is there.”
In the past the bank had been extremely cautious to avoid “being hostage to external vendors” on the IT side, which may have been a mistake with some lessons learned as a result. For the last 20 years, the bank has been working on a big mainframe, a concept that doesn’t make much sense in today’s world. “We need to change our whole way of thinking about our ecosystem of IT as being much more app-based,” he said. “If you set yourself up with your infrastructure, such that you are able to plunk different custodians, tri-party agents, or different reporting systems, then you have much more freedom to change once things change…we don’t throw all the money on just one vendor.”
One speaker from a medium-sized bank entering its fourth year of an enterprise-wide collateral optimization project, said that what IT departments want to hear is that implementation will save some fixed amount, often measured in money. “It’s quite hard to convey a soft target to an IT organization that is used to just having a hard number,” he said.
There’s also the issue of coordinating an optimization strategy with a tri-party agent, like Euroclear, he added. The only option would be to turn off Euroclear’s automatic allocation and do the optimization strategy manually, which becomes a “nightmare”, he said. “Having automatic allocation at Euroclear costs you something like closing in on 1 basis point, so if you can take that away it’s a cost saving. But is it worth it?”
And then there’s the push back from IT departments, many of which are reducing the amount of systems they have. “That was a bit of a struggle, to convince them of our commercial reasons for choosing a vendor that doesn’t fit into the IT simplification strategy.” Ultimately, those commercial reasons outweighed IT’s considerations, and the bank selected FIS (formerly SunGard) Apex. The speaker had some advice for the crowd: “Some vendors have a collateral solution but it doesn’t do exactly what we wanted to do, and we had to teach them how to build the system…You shouldn’t be explaining things to them.”