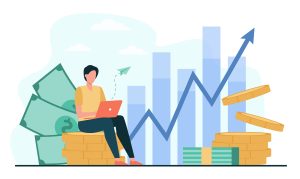 We conducted an analysis on July 5, 2022 of total return swaps trades for Digital Realty Trust (DLR), a security that Jim Chanos of Chanos & Co. had mentioned as a short target (the July article is free with registration here). We revisit his statement to see how much TRS exposure there was, what price the transactions were entered into, and how much money appears to have been made so far from the short-side of this trade. Spoiler alert: it appears that Chanos has done very well.

Famed short seller Jim Chanos, now running Chanos & Company (the rebranded Kynikos Associates), said in the Financial Times in June that the firm was raising a fund to short REITs that focus on digital data centers: “‘This is our big short right now. The story is that although the cloud is growing, the cloud is their enemy, not their business. Value is accruing to the cloud companies, not the bricks-and-mortar legacy data centres.’ Data centres owned by groups such as Digital Realty Trust [DLR] and Equinix are vast warehouses of servers that power large swathes of the internet.” The big competitors-to-be include Microsoft, Amazon and Google. Chanos didn’t say that his firm was using TRS to gain exposure, but the data suggest this was at least part of the trade.

While securities loans on DLR were and remain negligible, we found a sizable volume of total return swap activity using our new database on US OTC equity derivatives. Between January and June 2022 we found $175.5 million in open exposure, with the short side calculated at 74% of the volume based on put/call options open interest. That suggests $129.87 million in short TRS exposure around the time of the FT article. The month of May was most active with a set of trades put on through April 2027. The average reference price for the initiation of the May trades was $136.29.

Data from Yahoo Finance show that as of August 23, 2022, the closing price of DLR was $125.20, suggesting that the gross value of TRS trades were in the money by $11.09, or 8.5% over the last few months. Since TRS trades are entered into using Initial Margin, which, depending on the trade and counterparty, could be just 10-20% of the gross notional value of the position, the leverage on the DLR short-side TRS could mean that for an initial market exposure of $13-$26 million, the funds on the down side of the trade could be up by a double digit multiple of the 8.5% that a cash short seller would have earned in the same period. We’re pegging the range of return at 50%-80%.

Was Chanos promoting an accurate call in the June FT article? It sure looks like he was. Availability of US total return swaps data shows the scale of betting on the right side of the trade.