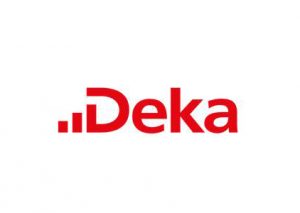 A blockchain-based settlement protocol could create a common network structure for traditional and digital assets. This would create a level playing field for both that would go a long way to support more innovation and better cost structures across the industry.

There is broad agreement that the payment and security, custodian, and central securities depository (CSD) worlds are fragmented, hierarchical, inefficient, not very transparent and expensive. This is the result of history and geography and not the fault of any one institution.

Even so, back-office employees need to check daily whether transactions agreed in the front office are understood on both sides of the transaction in the same way and are keyed into back-office systems in a consistent manner. In an internal study, we found that up to 70% of the daily work of a back-office operations employee in the repo and securities lending area is manual reconciliation of transactions between different counterparties. Matching rates are still low, even in the advent of the Securities Financing Transactions Regulation (SFTR), often due to a lack of standards in the fields describing a given transaction.

The natural consequence of these costs is to look at simpler protocols and standardization to reduce manual intervention. How could a global, distributed and shared settlement protocol for financial assets come into being? Moreover, what kind of financial instruments should be targeted? There is an argument for blockchain as part of the solution. However, a successful design will require the participation of a cross-section of the industry, including custodians and depot banks.

An argument for blockchain-based settlement

In a recent article I proposed a new model, the Digital Collateral Protocol (DCP). Instead of tokenization, we offer to maintain the securities where they belong – at the custodian and CSD – and make the settlement layer occur between those parties in a digital representation, exactly as they are today but without the physical settlement that occurs between custodians and sub-custodians. This approach would save substantial costs, be compliant with all major international regulations, and ensure fast, easy and transparent settlement between counterparties for traditional securities.

Digital assets are also securities, for which the issuer or a third party, not the CSD, maintain the ultimate register. At least in theory, digital assets could exert some healthy pressure on depot cost structures, and the issuer will have the choice to maintain the ultimate register herself. However, when an asset manager currently wants to give clients access to a new digital asset, he will have to link up his own settlement infrastructure with the settlement infrastructure of the new asset. New settlement links can cost up to several €100k and, given the nascent nature of digital assets, it is not clear whether the new asset would survive for long enough to justify the costs. On top of that, the liquidity of that digital asset would be limited to those counterparties that are part of the settlement network. The introduction of new digital assets can even increase settlement fragmentation and depress liquidity even more. Set-up costs and fragmentation could inhibit the evolvement of a liquid digital asset market.

The benefits of a common shared and distributed settlement protocol across many jurisdictions and “native” digital securities could reduce the cost of cross-border transactions by more than 60%. The consistency and standardization that would come with a common settlement protocol could reduce the costs arising from the many manual workarounds by an even bigger amount. A common and shared settlement protocol between traditional securities on the one hand and digital assets on the other could pave the way towards more competition in depot cost structures around the world.

Nonetheless, there is some scepticism whether blockchain should be part of the solution. Discussing the costs and benefits of blockchain recently, someone told me: “Blockchain does nothing in an intelligent way, it is 1970s technology given a coat of sparkly paint. The underlying problems of scaling and inability to search mean it will never reach mainstream.”

Now, a 1970 technology does not need to be a problem. I still remember my disappointment upon finding out that a large part of artificial intelligence is about Ordinary Linear Regression Models (OLS) invented in the ‘50s and ‘60s of the last century. While the performance issues of blockchain are real, so were performance issues of the early Internet when pictures, emails or films where transmitted. Moreover, blockchain is not about outperforming a centralized system, but rather about drastically reducing the frictions that arise from crossing trusted borders. The standardization offered in this model combined with the right implementation could deliver substantial improvements over the current model.

In many financial settlement protocols, the “gold standard” of risk and exposure reduction in financial transactions, DVP (delivery vs. payment), is not available. While blockchain solutions exist for commercial bank money, there is a consensus in the industry that when you talk about securities settlement, you will need central bank money. Otherwise, the settlement risks would grow out of proportion.

In a recent post for the London School of Economics Business Review, Martin Walker pointed out that “Contrary to the beliefs of many fintech enthusiasts, we already live in a world of ‘digital money’”. Of course, he is right. Securities are largely digital and most of the cash we use, in particular with regard to financial market transactions, is digital as well. When we say that “cash changes hands”, we usually refer to a transaction in which some humans fill out some computer entry-based systems to effect certain transactions. Cash changing hands has become more of a metaphor than an accurate description of the underlying process.

Central banks seem to be sceptics of digital money as well. In a recent discussion with a central banker, he told me that he does not understand the hype for central bank digital currencies (CBDC). His argument is two-pronged:

In order to realize a limited benefit with programmable money, central banks, regulators and governments would have to tear down a large part of the monetary systems they maintain today with unknown effects. While blockchain enthusiasts and hard-core libertarians usually find no issues with that, it’s not the way central banks operate.

The role of custodians and depot banks

There is healthy disagreement today on the right degree of centralization for a blockchain-based settlements system. Blockchain enthusiasts argue that this must be a peer-to-peer network, where individual clients form a network and transact directly with each other. CSDs would probably prefer a network structure that is more centralized and less disruptive. The sweet spot lies in between.

If we follow the decentralization approach to a maximum, we will shift too many responsibilities to the market participants. The most obvious example is participants being responsible for their own private keys to their cryptocurrencies. On the other hand, a pure CSD-based network structure could mean that standardization ends at national borders, which has almost no benefit.

For a successful blockchain-based settlement initiative, it is important that custodians and depot banks take an active role. Their existing processes for Know Your Client (KYC) and Anti-Money Laundering (AML) create trust in an institutionalized manner. They are ideally placed for operating the nodes of a distributed settlement protocol behind their firewalls, thus addressing potential security issues. They can also link into CSDs in a much more efficient way than end-users ever could and have century-long experience with intermediating ownership of financial assets.

Michael Cyrus is Head of Collateral Trading and FX at DekaBank, including Fixed Income Repo, Securities Lending, Equity Finance, Structured Collateralised Solutions and FX. He joined DekaBank from RBS London, where he was global Co-Head of Short Term Markets and Financing responsible for Repo, Collateralised Funding, FX and Interest Rate Prime and ETD. Before RBS, Michael was Head of Credit Financing and Collateral Trading (CFCT) at Dresdner Bank in London focusing on Emerging Market Repo, Equity Finance, Tri-Party Repo and synthetic financing in fixed income and credit markets. He started his career at Dresdner Bank in Frankfurt. Michael has a wealth of experience in the short-term money, repo and securities lending and financing markets as well as in Treasury operations. He holds a degree in economics from the University of Hamburg.