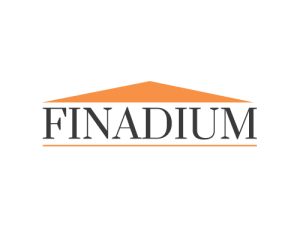 A new report from Finadium assesses operational liquidity for cash providers in tokenized repo. It finds that there are tangible challenges but also solutions at hand, albeit ones that require time and effort to work through. We invite your comments and questions.

The tokenization of repo is a good idea, but current product designs are likely to inhibit cash provider adoption where it matters most: at money market funds and central counterparties (CCPs). Making the leap from concept to reality for these firms means engaging with the legal and settlement mechanisms that have made repo into the successful US$13.4 trillion marketplace it is today. Without it, tokenization may offer elegant solutions for dealers but may stall there.

An often-used phrase in the repo tokenization discussion is securities demobilization to enhance mobilization. This is achieved by having the seller stage its securities in a single custody account on a commingled basis (a single pool of securities). The administrator of the blockchain technology will then issue a token against the pool of securities of a specific repo seller (a “Token Issuer”). The Tokenized Repo represents ownership of or a claim against the underlying pool of securities. This process is the digitization of a pool of digitized assets (in book-entry form). The ownership or claim against the asset via the token can be freely transferred 24/7 with finality irrespective of the underlying securities settlement and the related payment systems’ operating hours.

All this sounds good on paper (or blockchain), but it will not be as straightforward for cash providers to adopt this model as dealers. This report looks at some of the most pressing issues for cash providers in the model, including: custody models, insolvency risk, the value of tokenization vs. triparty, and the need for after hours liquidity. The report concludes with ideas for product development that could solve cash provider concerns and facilitate broad adoption of repo tokenization platforms.

The report should be read by any repo market participant or regulator interested in how cash providers will participate in the tokenization of repo.

A direct link for Finadium subscribers to this report is https://finadium.com/finadium-report-desc/tokenized-repo-for-cash-providers-solving-settlement-problems/