For fans of the data that underly widely quoted statistics and assumptions, the new Bank of England Financial Stability Report provides a trove of worthwhile information. One of the more interesting parts of the report is data on what bank rates have been driving LIBOR. As it turns out, there has been above-average risk in French banks relative to LIBOR, the US, Canada, Germany and Japan. And here the French government is angry at the ratings agencies… 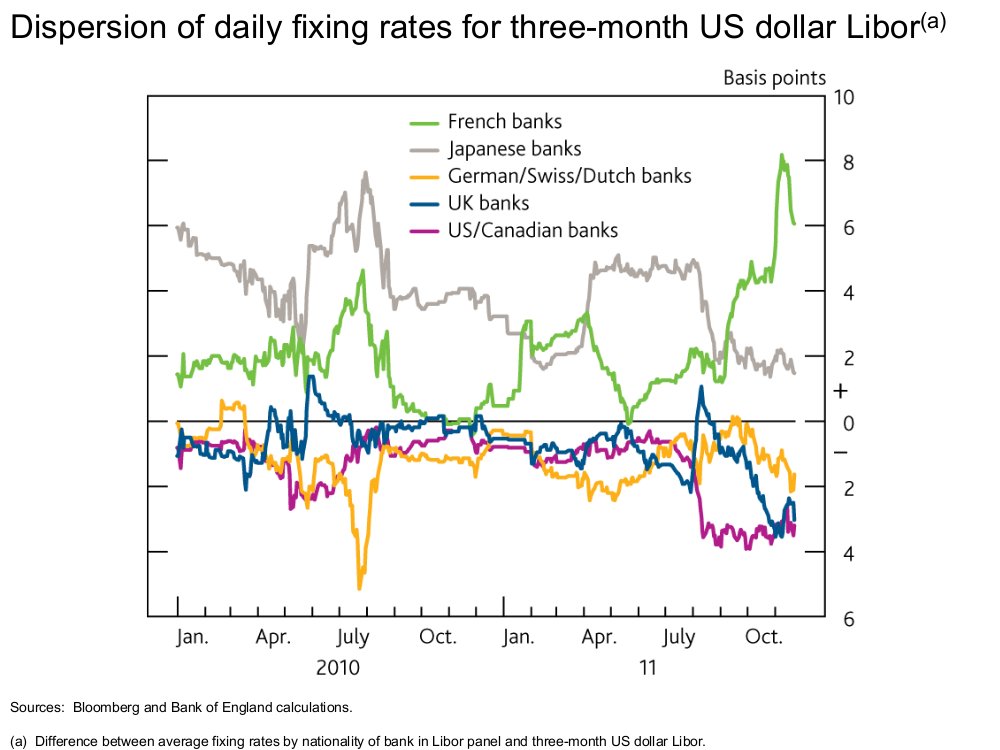 The risk perceived in funding French banks can also be linked to conversations that the French government has had with S&P and Moody’s. Following a leak to clients in early November, this week S&P is rumored again to plan a downgrade in French debt. Moody’s is also concerned.

Previous Post
Successful strategies for collateral management in the age of CCPs: report
Next Post
ESMA to focus on physical ETFs and securities lending – Financial News