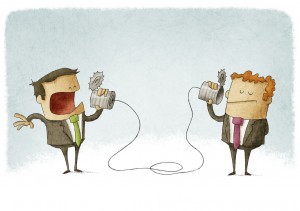 The US Treasury, CFTC and others have released their findings on what happened to US Treasury Bond trading on October 14, 2015 that resulted in an unheard-of spike in prices followed by a sudden reversion. Treasury securities had a 37 bp trading range that day and a 16 bp trading range between 9:33 and 9:45 AM. As the report notes, “Intraday changes of greater magnitude have been seen on only three occasions since 1998 and, unlike October 15, all were driven by significant policy announcements.” Given the otherwise normal trading day, what happened here?

Unfortunately the punchline of the report is inconclusive. The authors found some arguments to say that everything is just fine but at the same time, a 37 point bp swing is not fine at all. The report’s sections on liquidity changes in the Treasury Bond market warrant some observation however.

“Market making revenues are now distributed across a broader set of entities and entity types [than dealers], consistent with a competitive marketplace.”
Dealers no longer “own” market making in Treasuries, which means regulation targeted at dealers to make the market more liquid/more efficient are not going to have the same impact as they once would have. This supports the idea that banks are no longer a big risk in the financial system.

“There is evidence that dealers have pared their risk-taking in recent years in reaction to the crisis, new competitive pressures, new regulations, and other factors.”
The report provides some data points, which are helpful.

“In contrast to dealers, [principal-trading firms – PTFs] commonly act as short-term liquidity providers, buying and selling frequently in small amounts, but rarely taking significant, unhedged intraday positions and typically ending the day with little net directional exposure. Because they take on little net exposure, and, in cash Treasuries, rely on prime brokers for their financing and clearing needs, many PTFs can be more thinly capitalized than typical broker–dealers. Most PTFs do not trade on behalf of clients and instead restrict their trading activity to proprietary positions.”
PTFs have little capital behind them which means they are inherently limited from stepping in to “save” the market where dealers could potentially take action.

“While PTFs are able to provide very tight bid-ask spreads even in a volatile market, and help ensure that prices rapidly reflect new information, such firms typically do not wish to establish significant positions, and may not have the capital to compete for large buy and/or sell orders…. To ensure that their quotes do not become stale and result in unprofitable trades, such firms quickly cancel or modify existing quotes if they sense the price is about to move in an unfavorable direction.”
PTFs, also known as hedge funds and prop traders, are driven by different dynamics than dealers when acting as liquidity providers. Buyer beware.

“The demand for liquidity is also changing, in parallel with the changes in liquidity supply. The most notable factors may be the growth of Treasury debt outstanding, the changing shares of debt held by different investor groups, and the increased concentration of holdings among money managers. These developments raise concerns that transaction flows, and the associated demand for liquidity, may become larger and more volatile in an environment where the business of liquidity provision and operating technology of markets have gone through fundamental changes.”
We’ve heard a lot about this over the last several years and the report complements the story with data. We can only see more volatility ahead from the buy-and-sell portion of the market, especially as foreign governments have increased their percentages of buy-and-never-sell bond holdings.

This is an interesting report but disappointing that there were no firm conclusions reached. The topic is vitally important however. The full report is available at http://www.treasury.gov/press-center/press-releases/Documents/Joint_Staff_Report_Treasury_10-15-2015.pdf.