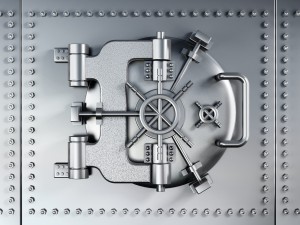 The FDIC rejects living wills from the U.S. units of BNP, HSBC and RBS. The Fed was not very happy either.

The FDIC turned back the living wills for three foreign banks: HSBC, RBS, and BNP, saying they found the plans “not credible”. Had the Fed also made a similar finding, those banks would have needed to re-write their plan under tight deadlines. As of now, they have until the end of the year to present better plans.

From the Federal Reserve, “Resolution Plans” the schedule for submission of living wills is:

“….Companies subject to the rule are required to file their resolution plans on a staggered schedule. The largest companies, generally those with $100 billion or more in U.S. nonbank assets, are required to submit their plans on or before July 1 each year. Other companies that become subject to the rule after November 30, 2011, including the nonbank financial companies designated by FSOC, also must submit on or before July 1…”

A template of the form from the Fed’s website is here.

From a March 23rd article in Bloomberg: “HSBC, BNP and RBS Faulted on Living Wills by U.S. Regulators” by Jesse Hamilton:

“…In rejecting the work of HSBC, BNP and RBS, the agencies told them to amend certain financial contracts, make sure their critical internal services can stay intact through a failure and show they can quickly produce reliable information in such an emergency. Fed and FDIC officials will meet with the firms on those expectations as the companies prepare to meet their next deadline by Dec. 31, the agencies said…”

Last year a similar thing happened when the FDIC and the Fed split on their evaluations of the large banks. Only Wells Fargo came through with passing marks.

“…In their rejections, the two agencies took different approaches. If the Fed had agreed with the FDIC’s finding that the plans weren’t credible, it would have triggered a requirement that the banks re-issue the documents under a tight timeline. The agencies had similarly split on the 11 banks whose plans were rejected last year…”

“…The living wills, required by the Dodd-Frank Act, are meant to show big banks can be shuttered without threatening the broader financial system. Regulators last year rejected plans submitted by 11 of the largest banks, including JPMorgan Chase & Co. and Goldman Sachs Group Inc., and called for changes similar to those sought from the European banks…”

“…All three of the foreign-owned firms filed versions of the living wills with regulators in 2013 and 2014. The regulators said the 2014 plans made improvements from the 2013 versions but still needed improvement, including “ensuring the continuity of shared services that support critical operations and core business lines” and demonstrating “the ability to produce reliable information in a timely manner” across all operations. They said the firms must amend certain financial contracts to ensure counterparties can’t terminate them upon a bankruptcy filing, a scenario that could cause problems for a struggling firm…”

Writing a living will is as much art as science. The regulators have fine-tuned their requirements as they go through more iterations of the exercise. The hurdle is extraordinarily high. Quickly unwinding a big complicated financial institution without any negative repercussions to the financial system is a big ask.