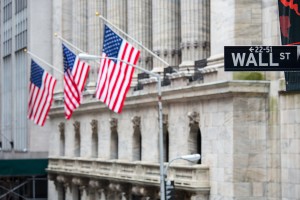 The Federal Reserve and FDIC announced last week that they had rejected the living wills of seven major US banks (five of them were rejected by both regulators and two by one each). Each comment letter contained substantial information and included some confidential black-lined editing. This review looks at the rejections for BNY Mellon and State Street as the two major stand-alone custody banks.

How do you resolve the largest US government securities dealer and tri-party agent in the US, not to mention the world? Well, nobody knows exactly, and this is one of the shortcomings found by the US Agencies in their review of BNY Mellon’s living will. The Agencies state that “The size and lack of market substitutability for BNYM’s government securities clearing and tri-party operations would likely require extension of the bridge bank beyond what is anticipated in the 2015 plan.” This suggests that there is no potential buyer out there for a bridge bank in case of a BNYM collapse, and hence no viable exit strategy. Instead of a living will, this leaves an ongoing entity without a way to wind down. Its not clear how BNYM can respond to this.
State Street was faulted for the methodology used in determining how much resolution capital they would need. They were also faulted for a lack of analysis in how RWA would be reduced due to a sharp fall in indemnified securities lending transactions, which could “potentially overstate” required capital. Not a deal breaker but it certainly needs to some work.
Both BNYM and State Street (as well as other banks) were critiqued on their use of shared services, in particular for not detailing how shared or outsourced services would work if some parts of their businesses were defunct but not others. This issue is certain to become more complex as banks encourage the growth of the enterprise model for operations and technology (one hub serving many business unit clients). One or two internal clients are likely insufficient to support the costs of these shared services, so a collapse of some internal clients puts an extra cash drain on the surviving entities.
Both banks were faulted on liquidity. State Street’s issue appears to be a lack of robustness in their modeling methodology, which calls into question the viability of the results. Interestingly, almost the entire section on BNYM providing intraday credit to the market has been blacked out. BNYM appears to be making an important assumption about something but we don’t know what it is. Both banks were also asked to simplify their legal structures.
A difficult issue for both banks is unwinding custody. How can you sell or transition US$28.5 trillion (BNYM) or US$27.5 trillion (State Street) in client assets? The response said that BNYM did some of this analysis work but needs to do more. From an external point of view, the economies of scale of these major banks, built up over time through acquisitions and internal builds, means that they are pretty much not reproducible by anyone other than one of their peers (but could you imagine a custody bank as big as BNYM and State Street combined? What a convoluted mess on Day One, not to mention Too Big to Fail). We expect that bank plans to resolve their custody operations may remain one of the bigger problem areas in their living will submissions.
We reviewed other responses as well and found a wide range of issues. JP Morgan and Goldman Sachs were faulted across multiple areas including liquidity, unwinding derivatives books and governance. Wells Fargo was cited for governance, operations and legal entity rationalization. These living wills are no joke: regulators want to know how large banks can be unwound and are pushing for real and substantiated answers. While mandating a breakup under Dodd-Frank would be an extreme position, imposing fines or extra capital requirements could be plausible if banks themselves cannot show how their orderly resolutions can occur.

We review the FSOC's 2016 annual report (Premium)
23 Jun 2016
No Comments
Can Japan get out of its deflationary spiral? (Premium)
2 Jul 2019
No Comments
US single counterparty credit limit rules finalized – there are some important nuances here (Premium)
19 Jun 2018
No Comments