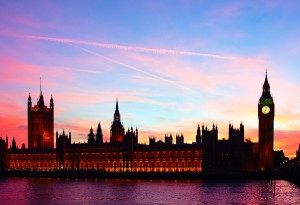 What would Brexit cost the UK financial services industry? (Premium)

We’ve been working through a healthy amount of materials, mostly from law firms, on the implications to the financial services industry of Brexit. We then turned to the numbers: what data could we put together on the cost of Brexit to UK financial services firms and where would it hit? Our list is not exhaustive but the figures are already pretty high. Here’s what we found:

The really big hit is at the macro level. Following Brexit, UK Chancellor of the Exchequer George Osbourne thinks that the UK economy would shrink by 6% through 2030, and cost every UK household the equivalent of £4,300 a year. Speaking at the IMF last week (and cited in the Chicago Tribune), he said “The near universal view, including from many German financial institutions, is that while some financial activity would continue in the City,” many companies would move operations to be within the EU. “I can’t see how the City of London or financial services would be anything like as strong as today if we weren’t in the European Union.”
The most direct financial implications are a lack of free access to goods and capital across the European Union (EU Article 63: “…all restrictions on the movement of capital between Member States and between Member States and third countries shall be prohibited.”) including passporting rules. For the EUR 12.6 trillion European investment fund industry, this means higher costs for UK managers to get approved in the EU. We expect that such approval would be forthcoming for UCITS funds (EUR 8.1 trillion in AUM) – UCITS are an EU construct, after all – but there would be all sorts of new paperwork. The UK’s share of the UCITS industry is EUR 1 trillion, which is about a third of Luxembourg and 12.5% of the European total. A good portion of these investors are likely UK residents, but UK managers with Luxembourg-domiciled funds may need new approvals.
Morgan Stanley estimates that the UK ran a GBP 19 billion surplus in its financial services trade with the rest of the EU in 2014. There is no question that figure would come down by a lot.
UK bank capital costs would not change due to Brexit. The UK is a participant in the Basel Committee so all Basel III (or IV) rules would still apply in local form. UK banks are also bound by the EU’s Capital Requirements Regulation (CRR) and Directive and the UK is unlikely to change any of these rules. There could be a big change in the cost of credit however between EU institutions and UK institutions. According to a recent Ashurst publication, “if the UK were to leave the EU and become a third country for the purposes of the CRR, any preferential risk weights currently applicable to exposures to CRR-regulated institutions would only apply if the UK was deemed to have a capital regime equivalent to that implemented under the CRR. If the UK left the EU but did not implement an equivalent capital regime, UK institutions could be at a disadvantage when obtaining credit from EU institutions, as the cost of such credit would be likely to increase.” We’re going to guess that they would keep an equivalent capital regime to be on the safe side.
Allen & Overy point out that UK firms could see lower credit ratings that would impact a range of financial products, most notably OTC derivatives but also credit lines for securities finance. From their briefing, “Businesses with significant exposure to the UK economy could find that their credit rating, or their counterparties’ view of their creditworthiness, is adversely impacted by Brexit…. At best, this would be likely make it more expensive for those businesses both to enter into new derivatives (the cost of credit would be higher) and to maintain existing positions (for example, decline in creditworthiness may lead to new or enhanced collateralisation obligations in bilateral OTC derivatives contracts).”
Debevoise & Plimpton highlight that insurers may face higher costs as well: “UK insurers, for example, could be required to localise funds and report to the regulators of the EU states they wish to operate in. UK reinsurers could also face further consequences as their third-country status could lead to collateral requirements for UK reinsurers and high capital charges for EU cedents, absent a finding of “equivalence.”
We are inclined to agree with Chancellor Osbourne that the cost of Brexit to the UK would be substantial, maybe even profound. For the financial services industry, there are both large and small risks outstanding, and Brexit would be very uncharted waters.
For more on Brexit mechanics, see ISDA’s UK Brexit page: http://www2.isda.org/functional-areas/legal-and-documentation/uk-brexit/

Previous Post
Getting down to business in measuring counterparty credit exposure
Next Post
Finadium: Securities Lending, Indemnification and Counterparties

FDIC's Thomas Hoenig argues for the Leverage Ratio – he's got some good points
18 Aug 2016
No Comments
US$50 billion for DTCC repo clearing? With new blockchain project and more netting, maybe the figure is US$25 billion (Premium)
12 Apr 2016
1 Comment
The Fed does the right thing for repo by offering term liquidity through quarter end (Premium)
23 Sep 2019
No Comments